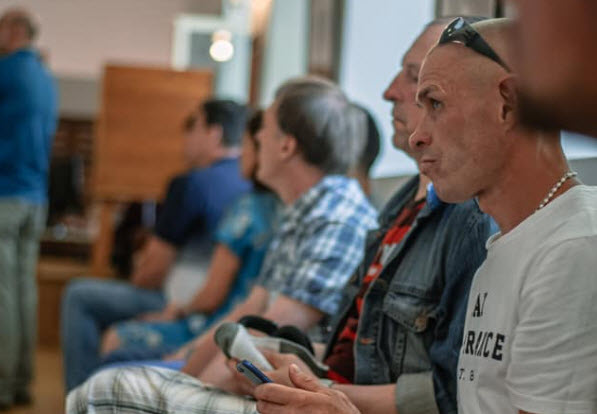 My name is Stanislav Ossipov. Our congregation was established at the beginning of 2001. 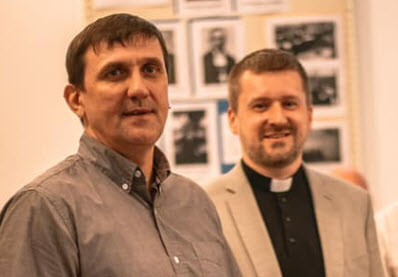 My two friends and I started gathering for morning prayer. One of those was Jarl Šapovalov, who had been a drug addict for a long time and also been involved in the criminal world. He was participating in a rehab program in Russia when he met Jesus Christ and received a revelation that after returning to Estonia he should start working with people suffering from addiction. During the time of prayer, we started to understand that God is leading us to establish a congregation and a rehab center. At that time we were already praying for the network of rehab centers in Estonia. We started gathering at homes and God brought people among us, most of them with a criminal background. In a couple of months, there were already more than ten of us.

On April 29th, 2001 we held a big evangelical worship service and to our surprise, there were around 300 people who came. A couple of dozens of people answered the altar call. Sadly, a lot of them haven’t stayed in the church, but that motivated us to start something new! We started with meetings.

Once, there was a man who came to the congregation, being a drug addict back then. His name is Vadim Lebedev. God delivered him from drugs and he has been free from addiction ever since. Later on, he started studies at our Theological Seminary, graduated it with honors and the President of Estonia himself congratulated him on that occasion. 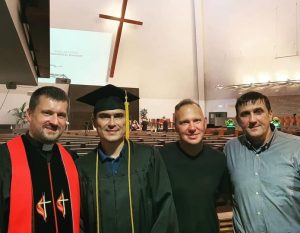 Exactly one year after starting the congregation, the rehab center was established. Jarl and Vadim drove to a farmhouse in Järvamaa County, taking with them some drug addicts who had expressed the desire to become free from addiction. For already a year prior to that, we had been looking for a suitable place for the center. We met a missional ministry team who owned the farm. They told us the story of how they had received it. They had been praying with their team, and one day God had spoken to a few of the team members, saying that they should buy a piece of land and a house for the ministry. There was no money for that purpose, but they started looking for a suitable place. They found one and while meeting with the owner, they discovered that the person is a Christian. Not knowing anything about the potential buyers, he had said: “I am a Christian and I believe that this place is serving God. I saw God’s light upon it!” The missional service organization bought the farm through many miracles, not exactly knowing for what purpose they should use it. And then we showed up. This is the place where our rehab ministry started. Today, there are already four similar centers. The people who have completed the program have started various new ministries and a congregation. More than 250 people have become Christians and they keep in touch with us.

In Tallinn, there is a Life Adjustment Center, led by Matvei Murin. He is also an ex-addict, who graduated from the Seminary with honors and right now is preparing himself to become a pastor.

The congregation continued its ministry. The Revival Voice group was created, led by Sergei Markov. We visit prisons and organize evangelical tent meetings. The congregation participates in social work as well: we feed the poor and lead addicts to rehab centers.

Our congregation is evolving and we work for the purpose of helping people turn to Christ. A lot of young people have joined us, mostly youth not linked to drug addiction. The ministry is very fruitful with young families and people who are successful outside the congregation. For more than three years we have been gathering for morning prayer at 6.30 from Monday to Friday. It is very powerful for the congregation. As we have a dream to establish new congregations, we pray and work for it. Of course, not everything is perfect – we have our difficulties and losses. However, we are very grateful to God for His great mercy that He has been pouring upon us!