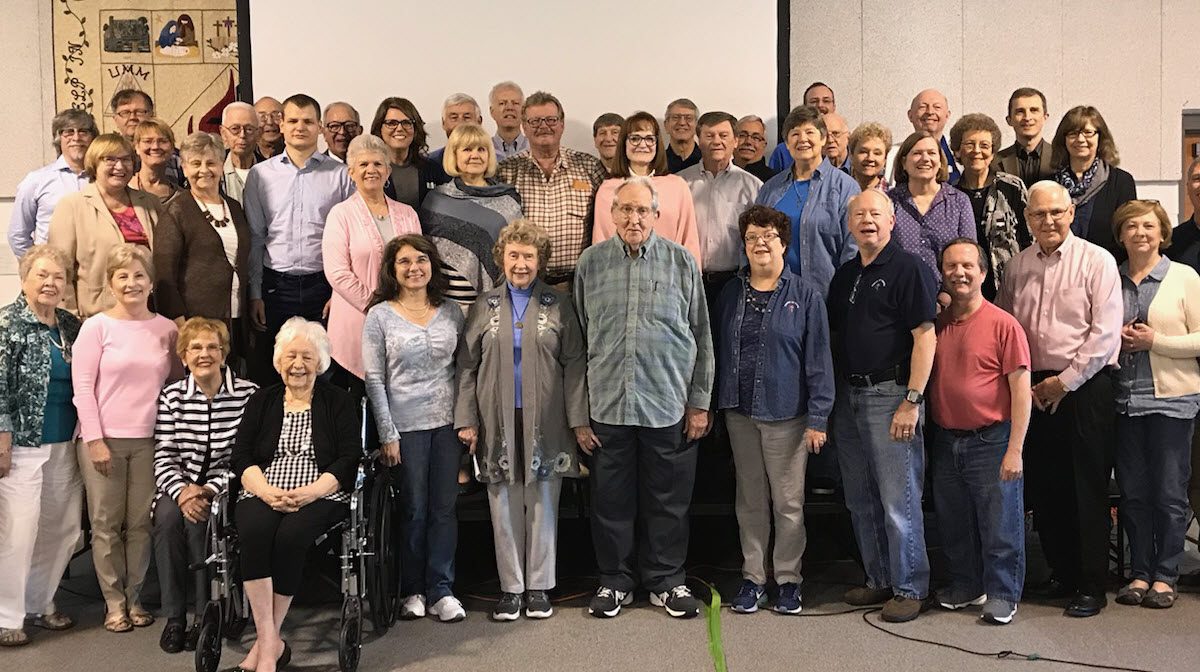 Note: This is the “summary” version of the meeting minutes. The full version is available for download as a PDF file.
FOE Meeting Notes_2018

Jim Davis opened with a welcome and prayer.  He introduced the Estonians and Bishop Alsted.

Kim Reisman gave a devotional on Genesis 11: 1-4. God scattered them, and they read it as punishment but that was God’s intent.  Noah’s sons spread out.  God has a plan to scatter us over the face of the earth.  There’s an arc which starts with creation and ends with the new creation.  In Romans 21 – 22 God’s full intent is seen.  God redeems and restores creation, we’re not taken out.  Even though diverse, we can be connected with our love for Christ.

Q – Cost to attend and scholarships?  A – Official fee is 1700 Euro per year.  Most students are on partial scholarship, there are no full scholarships.  Methodists get the largest scholarship.  The tuition system has changed over the last 9 years. Started with no tuition. State universities are free, so it takes a commitment.

Q – Endowment fund?  A – She had a brochure available with information on the endowment fund.  It gets some income now but not much because it is not very large.

Q – What is the origin of the camp?  A – It was a communist Pioneer Camp.

We had a celebration for Meeli and Taavi’s “retirement”.  Mary Ann Smith and J.D. Landis spoke about Meeli and Eddie Fox and Harry Turner spoke about Taavi.  They were each given gifts and we had a cake in their honor.  There is also going to be a monetary gift for each one of them that people can give to.  Donations should be made to Asbury UMC with their name in the memo line.

He shared some personal stories from his birth where he almost died and his military experience.  Trustworthy is our God.  Trust him to the end.  Used example of smart watched he received for his 49th birthday that tells him where he stands on his weight and if he’s not getting enough sleep.  Wouldn’t it be nice if there was a smart watch that would tell us if we go too far from God?  Need to trust him more? Looking too much at wrong screen?  God has given us this in  the Holy Spirit.  We should be faithful to Scripture, God, His call and the mission He has given to us we are soldiers in the army of the Lord. Sometimes bad things happen to us, but He leads us through.  Sometimes we don’t get our questions answered.  Whatever happens let us be faithful to God.  Since this is his last talk at FOE he sang a song and played the piano. It talks of being a soldier in the Army of the King.  Very moving.

Closing hymn of “Great is Thy Faithfulness.  Taavi gave the benediction in Estonian.

Jim opened with prayer and a devotional about seeing all of Scripture in light of why we’re all here.  In Genesis 1 – Everything is good. How it was supposed to be.  Genesis 3 – All is broken.  God reveals His plan of salvation.  Plan of redemption through Jude.

We all have the same story, created in God’s image, we sin and Christ redeems us.  God’s plan is for the world, not just individuals.  The great commission is to go into all the world.  God’s plan is working. We as Gentiles have been grafted in.  The question is often asked why do we go across the world when so much needs to be done at home?  God wants us to go to the nations.  As believers we work together to bring the gospel to the world. We serve a great God!

Jim Davis announced the offering last night was $2849 and 5 Euro.

Rachel suggested we take time to acknowledge and praise what is going on.