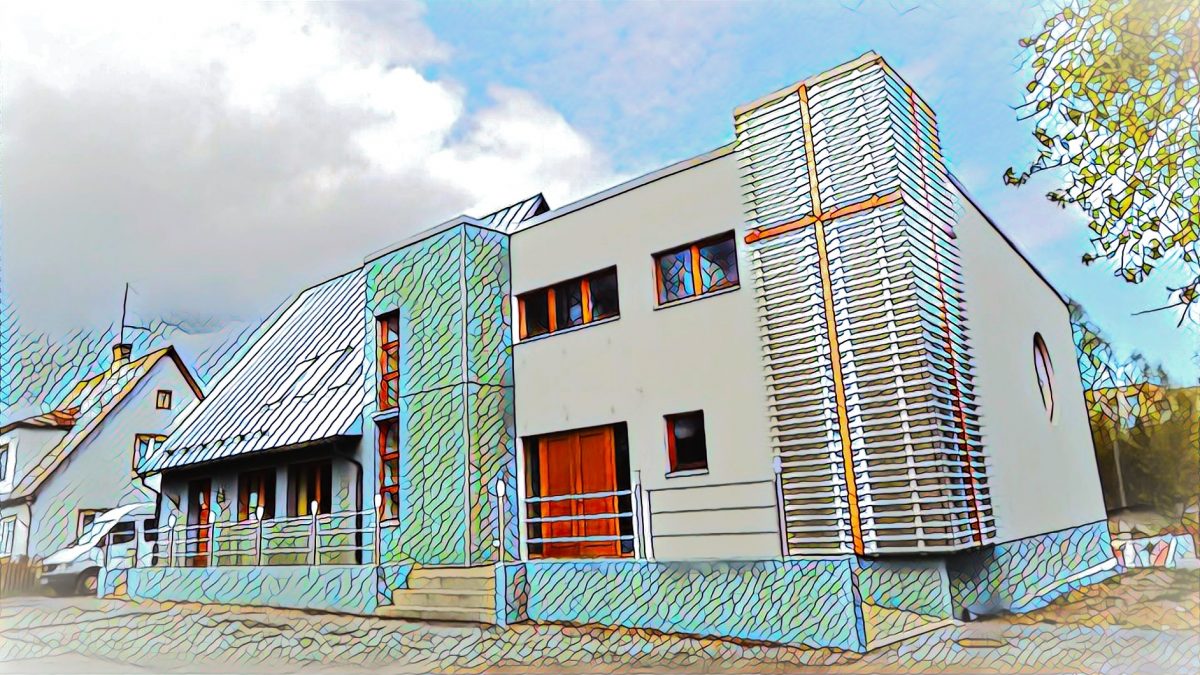 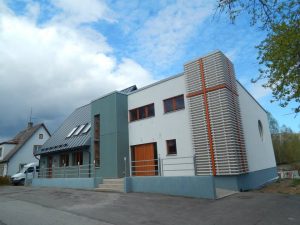 “We would like this building to become Võru Methodist Church!” said Mr. and Mrs. Kask to superintendent Olav Pärnamets and to Kaupo Kant, a recently been ordained pastor of Ruusmäe congregation, pointing to the half-complete building in the living district of Võru. The year was 1993. Pärnamets accepted the kind offer, and in early spring the following year, the parties traveled to Tallinn to formalize the transfer of ownership. On the way there, a logging truck heading the opposite direction lost a log off the back of its trailer in front of the Kasks’ car. Thanks to God, the log bounced off one of the strongest parts of the car, and no one was hurt. Later that day, the ownership of the building on Uus St. (New St.) in Võru was transferred to the Estonian Methodist Church.

The Kask family owned a wooden furniture company Kokla at that time, and they worked to complete the house of worship. The Methodist Church leadership hoped to have the new home of the congregation opened as a part of the World Methodist Council meeting on October the 2nd, 1994. The Kask family, a bit worried about the timeline, pushed ahead. Koit Kask, the father of the family, planned to be in Sweden at the time of the opening, to take part in an entrepreneurship conference along with a delegation of Võru entrepreneurs.

Koit decided that there would be more opportunities to join this kind of delegation, and opening a church could be a once-in-a-lifetime event. The Võru mayor tried to convince him to join the group in Sweden, but Koit had made his decision. That fateful choice saved his life. Koit’s dedication to his God and the local congregation prevented what would have been his tragic death. The entire delegation of Võru entrepreneurs was killed on September 28th, 1994 as the cruise ferry MS Estonia sank. The tragedy took the lives of 852 people. The loss of MS Estonia is a national tragedy and one of the deadliest maritime accidents in Europe. Only the loss of the RMS Titanic claimed more lives. 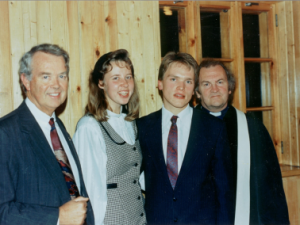 On October 2nd 1994, the Võru Methodist Church building was ready, surrounded by a beautiful iron fence with crosses. A huge crowd had gathered on the Uus St. and a big tour coach full of people had arrived from Tallinn. In attendance were: the Credo choir, Dr. Eddie Fox as the preacher for the opening service, the Bishop of South Africa, and visitors from Germany and various places of Estonia.

The vast crowd that had been there on the first worship service started to fade Sunday by Sunday. The team was small, and the building was cold. The more conservative people of South Estonia viewed the young pastor and his wife, both from the capital, with distrust at times. On one Sunday sometime in 1995, there was a service where the only persons in attendance were Pastor Kaupo and his wife, Thea. Though there were tough times, the future was to be warm and bright.

The Võru congregation gave new life to its children’s ministry in 1995 when the Palo family from Raiste village joined the church. In that same year, the church gained at least one new member after a wrong-number phone call resulted in an invitation to worship.

Below is a timeline of significant events since the church’s formative years. The congregation today is a stronghold of prayer warriors praying for people all over the world. Some of these prayer recipients are people the congregation has met and worshipped with on mission trips to Latvia, Lithuania, Finland, England, Udmurtia, Mari El, Khanty region, Brazil, Israel, Barbados,  and Bulgaria. The congregation also prays for many people whom they have never met. The congregation also has been a leader in partnering with local and regional governments to assist, grow, and expand local food banks. The Võru food bank (Võru Toidupank) is available six days a week with three paid employees. During campaigns, there are an additional 15 or so volunteers. May 2020 will be the food bank’s 5th anniversary!

As the congregation looks back in the event of the past, they whole-heartedly admit that what God has opened, no-one can close. 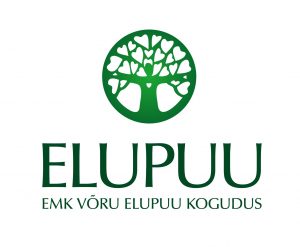