Noticing Those Who Are Alone 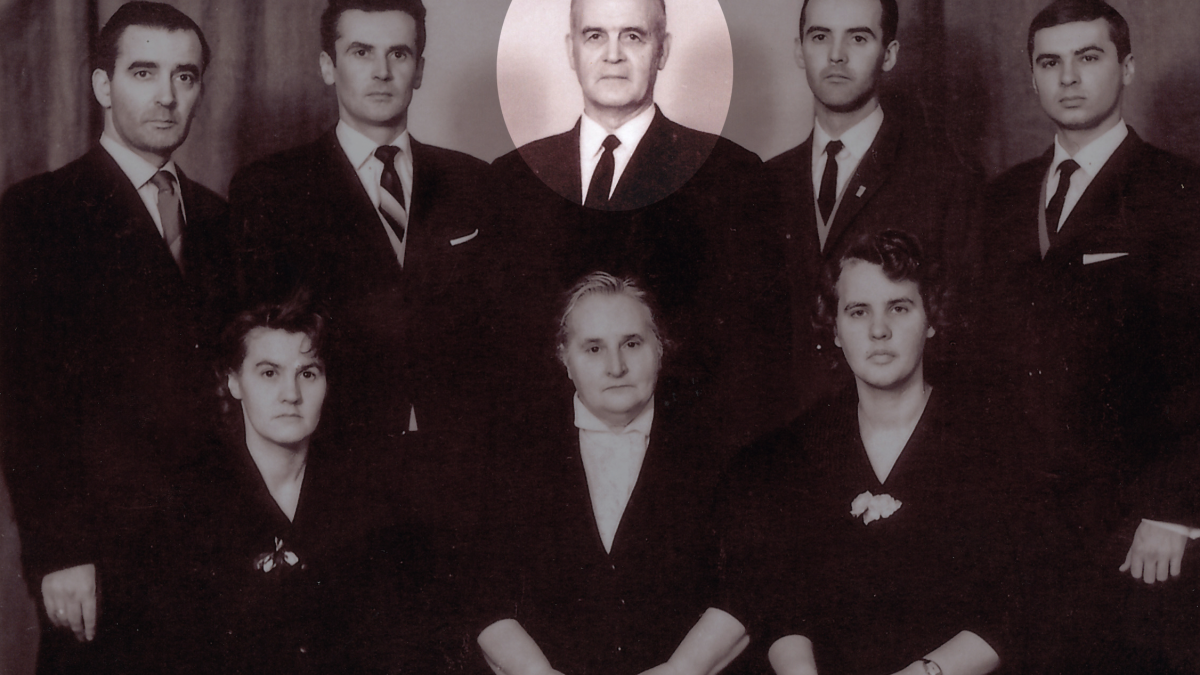 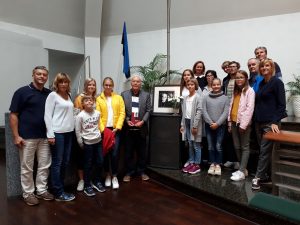 A recent photograph of the Kuum Family

Today is a day dedicated to grandparents. It is good that the older generation is also remembered. I would like to gratefully look back to my parents, both Christian, both of whom were active members of this congregation. In November 1951 (68 years ago), they invited me to a Thursday prayer meeting that took place in the Merepuiestee (Sea Boulevard) Methodist chapel, where I first met pastor Aleksander Kuum. I was a 14-year-old teenager then and was suffering from pulmonary tuberculosis. I also hadn’t been attending school for quite some time.

The small chapel of Merepuiestee was full to the brim with people who had come to pray. Full to the brim – you can actually use this expression for all the Methodist church services in Merepuiestee congregation. In winter, one could see water trickling down on the cold walls because of the condensed breath. I found a free seat close to the pulpit and paid close attention to what both pastors – Aleksander Kuum and Hugo Oengo – talked about. Pastor Kuum, who led the prayer meeting that night – I can still visualize it – smiled, looked at the crowd, and made an invitation that he had made many times to the people he had preached to. Jesus is the way, the truth, and the life. He has come so that we may have life and have it in abundance. He receives anyone who understands that he is a sinner and in need of a savior. Yes, he preached the same old gospel that is tried and experienced by uncountable people for uncountable times.

Looking into my eyes, he asked, “Is there anyone here tonight who would like to trust their life into God’s hands?” That night I was one of those who wanted it wholeheartedly. I kneeled down to the chapel floor, together with others, and said my stuttering prayer to God. It has been 68 years since that day. 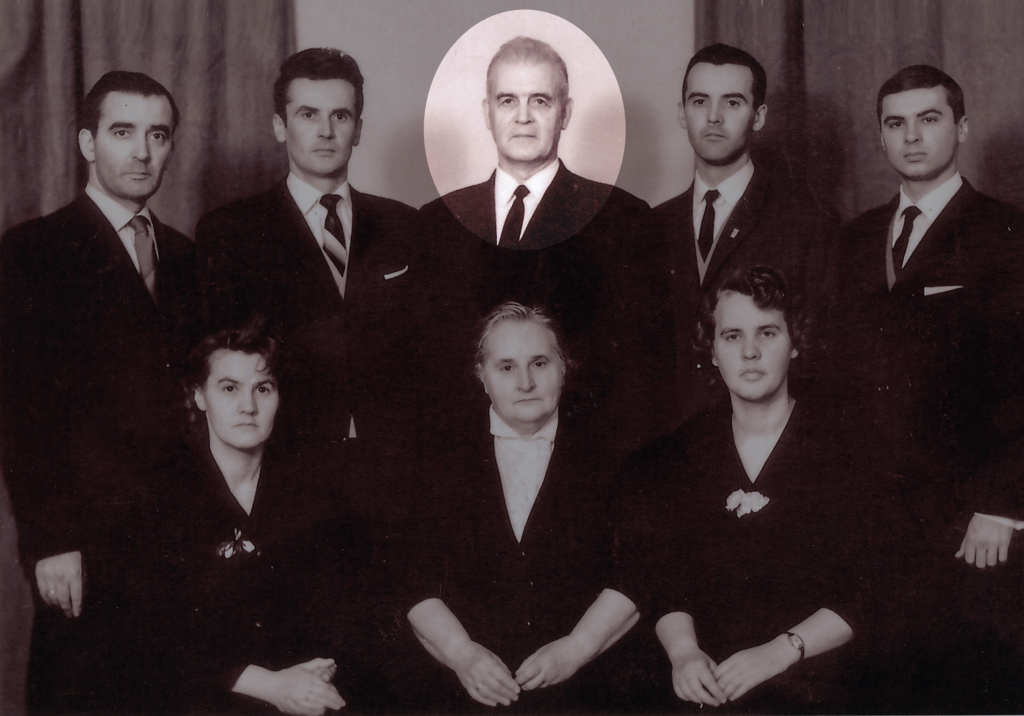 Today I bring my heartfelt gratitude to God for pastor Aleksander Kuum, whose convincing invitation to follow Jesus has richly blessed me for all those decades. Oh, how grateful I am to Aleksander Kuum and his co-pastor Hugo Oengo for the opportunity to get to know and start loving God and His word through their sermons and example! I am also grateful that in the Methodist church, we were taught to love and treasure all God’s children. I also owe a debt of gratitude to pastor Kuum because 52 years ago, he invited me to dedicate myself to pastoral ministry.

To understand the next part of Aleksander Kuum’s life, I need to share a bit of history. During that period that we have just talked about, there was the dominant atmosphere of Stalinist terror: mass deportations, all imaginable repressions, stalking, countless labor camps. The Church and clergy were also classified as the enemies of people, bound to be eradicated – something that had already been largely done. In Estonia, the majority of the clergy had already been killed or sent to prison camps. And those who were still in freedom were under KGB’s careful surveillance.

Tallinn Methodist Church was especially bothersome, “eyesore,“ for the party bosses and the KGB. Why? The Methodist congregation was probably one of the very few, if not the only congregation, that was growing. It was something that the representatives of state authority of that time couldn’t tolerate. And what were they supposed to write into the reports that were to be sent to Moscow, about how they were eradicating religious relics in the Estonian SSR?

Following the mass deportation of 1949, at the plenary session of the 1950 Central Committee of the Communist Party, it was decided to repress even that part of Estonian intelligence that gave even the slightest reason to suspect a national aspiration. The clergy was in the same category. The relationship of that time between the occupying powers and the Tallinn Methodist church can be characterized by the letter of Mr. (comrade) Kivi, the Representative of The Council for the Affairs of Religious Cults under the USSR Council of Ministers to Mr. (comrade) Käbin, the Secretary of the Central Committee of the Estonian Communist Party, dated August 31, 1951. (Secret). In a relatively lengthy letter, sent from the representative office to the party leader and from the party leader to the KGB bosses, the representative laments that when the Methodist prayer chapel (The Bethlehem church – 200 members) in Kopli St. 92A was closed, as had been ordered by the Soviet government, and the activities of the Methodist religious society were transferred to the Advent Church prayer chapel in Merepuiestee St., (I quote:)

By January 1, 1951, the Methodist religious society had 192 people, but at the time of this letter, the number was between 350 and 375 people, and the average participation of religious meetings was 400 people. The increase of believers took place in less than one year. (Actually, during seven months of 1951.)

Observing the activity of the Methodist society, especially during the last months, it was defined that their elder (pastor) Kuum had taken up activity that forced me to give him personally, as the Head of Methodist Church Leadership, and to the members of the society’s executive body (the congregation’s management board) an admonition, to normalize the believers’ activities in the religious society.“ (i.e., Tallinn Methodist Church).

The representative blamed Aleksander Kuum, furthermore, for receiving a Pentecostalist member into his congregation, but the Pentecostal Church had been banned and was violently persecuted in the USSR. It was also disturbing to the officials that after the worship service, the pastors prayed with the people who wished to become Christians, and with those who asked for prayer because of their health problems. It was called, “having closed meetings,” even though the church doors were open for everyone even then. It was especially disapproved of that pastor Kuum let the congregation members speak up to share their faith during the service. It was also strictly forbidden. This resulted in the Soviet officials’ increasing anger towards our pastor.

The religious affairs representative complained to the party leader Käbin and to the KGB leaders.

At those meetings, not only the registered religious official spoke, but there were a number of people. Among them, there is one person of great significance. It is Hugo Oengo, the former professor of Tallinn Polytechnical Institute. Therefore, Hugo Oengo has become an active member of Methodist religious movement in Tallinn, after he was freed from the position in higher educational institutions, and together with pastor Kuum, forms the authoritative core among Methodists,”

For that last sentence, I would give an A+ to the representative. One could not be able to describe better the situation of the Estonian Methodist Church, as it was then.

Truthfully, pastor Oengo was dismissed from Tallinn Polytechnical Institute. “Oengo did not fail to note that he has suffered a lot, especially because of his faith and, up to now, has been dismissed from all of his positions, and it would be very difficult for him if he had to give up the religious activities.“

In that conversation between the representative, pastors Kuum and Oengo, both pastors shared examples of how God answers prayers for the sick. And the representative adds his own remark about it in his letter to Mr. Käbin:

Of course those are not the only occurrences in their lives, they are the most recent. These kinds of occurrences are the reason why Kuum and Oengo pray prayers of medical nature in their chapel… I have read a great amount of sectarian literature, and I have come across many examples where God has not declined his help to the ones who pray. Until July the 5th, the situation in the prayer chapel was as follows: on June the 12th, the meeting was led by Oengo. On the 14th, 17th, and 21st – Oengo again. But the registered religious official is pastor Kuum. On July the 31st, I gave a second warning to pastor Kuum. Now the task is to attend closely to the Methodist societies’ activities. But the Tallinn Methodist religious society needs special attention. If the actions do not change, more serious measures need to be implemented and dismiss pastor Kuum as a registered official. I have communicated to Kuum that fluidity of religious society’s activities can result in very serious consequences. Kuum understood that statement as the dissolution of the religious society and responded in a way that was to be interpreted as follows: When the congregation is liquidated, the people will however stay and will start congregating as groups in people’s apartments. 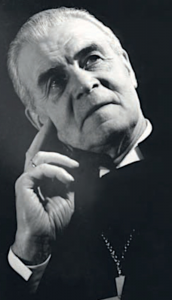 What was waiting to happen to pastor Kuum for quite some time, happened heavily at one night in May 1952 when Aleksander Kuum was arrested. What followed then was an interrogation that lasted for months in the KGB headquarters in Pagari St. Then, a legal process was staged in the Supreme Court building at Pärnu Street, and I could see and hear it myself. The prosecutor was a Russian speaking person with fierce body language. The court left to make the decision. It went fast because, according to the customs of that time, the decision had long been made somewhere else, and this puppetry called court had been ordered to act accordingly. The decision had been calculated in a way that the preacher of Christ’s gospel would never again be able to disturb the fully atheistic and violent Soviet regime. The decision was given: 25+5 years in a penal colony and the total confiscation of his assets. There is a picture engraved into my memory where pastor Kuum left the courtroom into the hallway between two armed convoy soldiers, there he saw his dear wife Agathe, a mother to their seven children, and reached his arm out to touch her cheek as a goodbye. And then one of the soldiers made a movement to block his hand.

Four years in Siberia followed: an escape attempt, solitary confinement and creation of songs, Stalin’s death, Khrushchev’s melt, and liberation of many prisoners. Back in the homeland in 1956, the times of awakening in Merepuiestee church, a powerful growth of the congregation. Now you are with Jesus among the many that you invited to follow Him during your time on earth. Thank you! Trusting the amazing mercy of God until we see again!

(FOE Admin note: There is much more about Pastor Kuum and Oengo to learn. We are working to bring you more stories of the many Methodist leadership in Estonia’s history.)