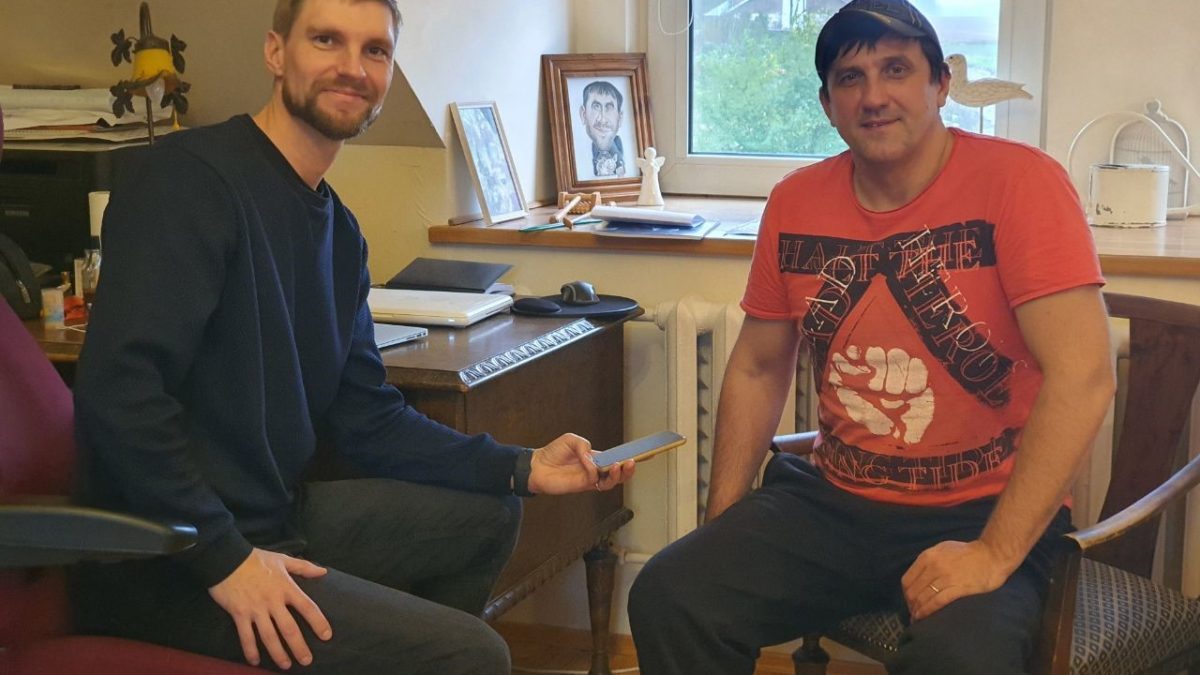 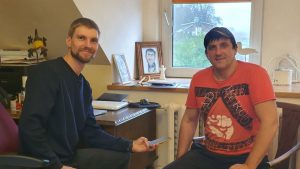 There are four Christian rehabilitation centers for alcohol and drug addicts, led by members of Tallinn New Beginning Methodist Church. These rehabilitation centers are managed by philanthropic foundation Taastõusmine (Rising Again), the head of which is Jarl Shapovalov, who is an ordained elder in the Estonian Methodist Church and a graduate of Baltic Methodist Theological Seminary. Jarl lives together with his wife and three children in Albu rehabilitation center and his life is an example for those attending the rehabilitation program. Jarl takes care of people who are often in a society considered to be hopeless, dangerous, and rejected. As a result of Jarl’s and his dedicated team’s work, many outcasts of society have received help to live a fulfilling life. Jarl Shapovalov was interviewed by Vitali Baranov, the administrator of Tallinn Methodist Church.

How did you get the idea to establish rehabilitation centers? How did it all begin?

Why is the name of the philanthropic foundation that manages your rehabilitation centers Taastõusmine (Rising Again)?

This name symbolizes being born again for a new life in Jesus Christ. Somebody, who is down and out, will rise again and change through faith in Jesus Christ. One cannot change himself/herself. Only if God is involved in this transformation process, restoration and new birth can take place.

For whom are the rehabilitation centers are meant for and how many people have you been able to help during its 18 years?

During all these 18 years 1000 people have turned to our rehabilitation centers for help, and over 500 of them have completed the whole program. We have also had approximately 20-30 people with antidepressant addiction during these years.

According to statistics, about half of those who have completed the whole program, are currently living a fulfilling life with no addiction.

What does daily life look like in rehabilitation centers and what kind of methods are used for helping people to get rid of their addictions?

The farmstead of our rehabilitation center is like a monastery. We keep domestic animals there: we have bees, sheep, rabbits, ducks, and hens. We produce food ourselves on our farm. It is a kind of therapeutic activity. If alcoholics and drug addicts are just lying in hospital beds doing nothing, it is a catastrophe. They have many bad thoughts in their heads. Many psychologists have noticed that communication with animals and taking care of them has a positive impact on one’s mental health.

The morning begins with worship service at 8 o’clock. We socialize with each other and talk about various topics. After that, we have breakfast.

Everybody has certain tasks to perform during the day. These tasks have mostly to do with farm work.

We have often visitors at our worship services in the afternoon and at weekends.

Besides therapeutic activities, we organize creative events during holidays. Our men participate in plays and make music at such events.

During rehabilitation, many participants learn how to take care of animals. Many of them find jobs on farms after completing the program. The best workers come from our rehabilitation centers, they know how to work.

There are many similarities, but the main difference is that we proclaim Jesus Christ. We believe that when Jesus comes, lives will change. Nothing else changes people. There can be people who keep the rules, but they themselves don’t change. Some churches lack the understanding that one has to give up the addiction completely. In such cases, the problem is left unresolved: they guide people from poisonous substances to less poisonous, but the addiction is still there.

Our rehabilitation centers are like contemporary monasteries, where we begin our days with prayer and worship service, and there is counseling at the end of the day. Counseling is the main task of our workers here in rehabilitation centers. Prayer and conversation are particularly important to lead people to God. If one knows the truth, then the truth sets him/her free. In such an institution, social assistance without Christ has no point. When Christ reaches out to one’s heart, there will be freedom.

All our workers are volunteers. We have altogether 20 volunteers, 15 of them are from Tallinn New Beginning Methodist Church. With the help of sponsors, we were earlier able to pay salary to our workers. (Editor: See how you can financially sponsor the program at the bottom of this article)

There were 11 teams participating in it, mainly rehabilitation centers, but there was also a team from Tallinn prison. Well, we had luck, but partly the reason was that we had skills as well. For example, Matvey, the head of the Tallinn adaptation center, plays football every week. Other members of the team hadn’t played football for many years. Going to the tournament we were joking that we are going to win the cup – and so we did. We won with dignity. 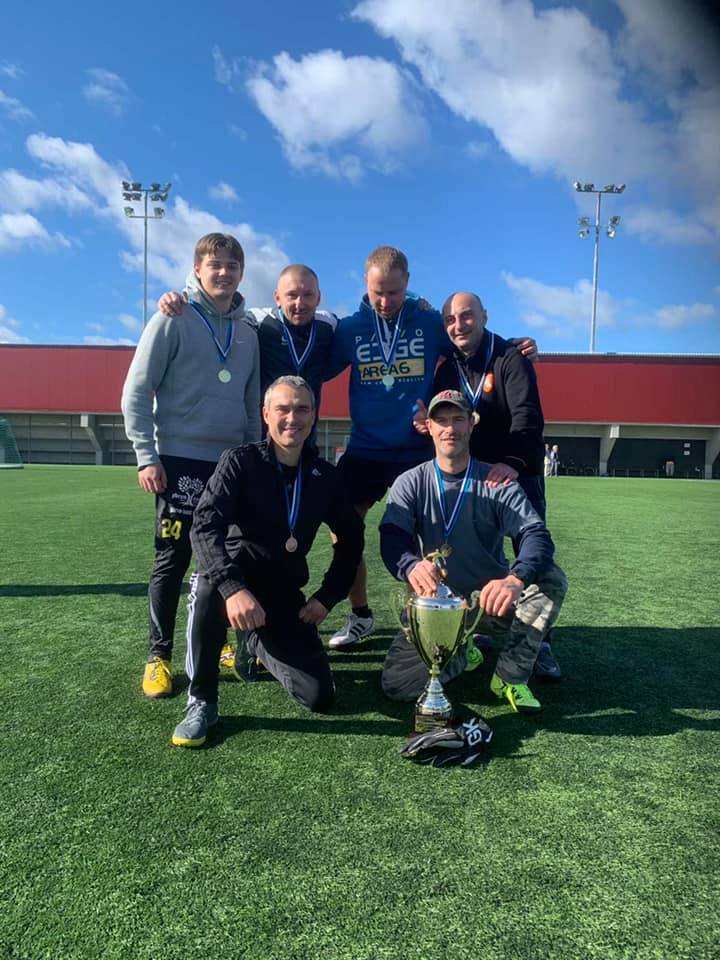 Please tell a story of how the rehabilitation centers have changed lives!

Sergei Tavashov, whose nickname is Narkosha, is from Narva. He was born in 1970. He was a drug addict for about 15 years. He spent seven years in prison, where he continued using drugs. He was HIV-positive when he came to the rehabilitation center.

When Sergei had lived in the rehabilitation center for some time, he was checked and it appeared that he had been healed. We believe it was a miracle. He got married a couple of years ago and he became a father. Those who are in prison know Sergei and he is a good example for them. He was a hardened drug addict, but now he has actively served addicted people for more than ten years already. God takes the worst and turns it into His best.

What are the greatest needs of the rehabilitation centers that the readers of the magazine could pray for, and also help, if possible?

First and foremost, we always ask to pray for salvation. Many alcoholics and drug addicts die every year. Probably the most important and overriding concern is one’s salvation because salvation is eternal and everything else is just temporary.

We also always need workers. There are not enough of those who would truly dedicate their lives to this work. Mostly our workers are those who have once completed the rehabilitation program themselves. Finding volunteers is our most urgent and vital concern. We need people who are ready to dedicate themselves to other people.

More information about philanthropic foundation Taastõusmine (Rising Again) at their webpage www.rebcenter.ee; and in Facebook: https://www.facebook.com/BFVozrozdenie.